How Did We End Up Here

Growing up in Rochester NY, and at an early age, Steven was showing signs of being musical. Even at 4 years old his father exclaimed often “will this kid quit drumming on literally everything”. In 4th grade Steven was chosen one of 2 people in his entire school to audition for the prestigious Eastman school of music children’s choir located in Rochester. He got the job. He also started playing trumpet because his dad played trumpet in the Marine Corps, and his trumpet playing continued through elementary school.

At age 15 he started playing guitar in a class offered by the high school and soon after started playing bass. He played in various bands through high school and formed his first successful cover band CZAR with a group of friends. That band played a lot of music from that era like Kansas, Styx, Deep Purple, Ted Nugent etc, and was the opening act for bands like The Ramones and popular Canadian band Rose. Steven continued to play in various cover bands and took classes in music theory from a member of the Chuck Mangione Orchestra (famous jazz group out of Rochester).

With his teachers help and letters of recommendation Steven applied to Berklee college of music in Boston Mass and was accepted. So he moved to the big city to start his new adventure. He majored in music theory and took other classes in the Berklee curriculum to make him a better player and understand the intricacies of arranging and putting songs together.

Besides practicing 4-6 hours a day he also studied with the upright bassist with the Count Basie Orchestra. After Berklee Steven got into an all original group The Jeremiah Johnson Band where he was signed to a management company and helped with arranging of the bands songs. One of the perks of being in the band was he got vocal lessons from Eddie Watson, legendary coach of singers like Crystal Gale, Donna Summer and many others. Once management sent the band to NYC and let them pick any instrument that they liked. and Steven picked a 1964 Fender Precision bass from We buy Guitars on the music strip. He has that bass still and uses it for some live performances to this very day. 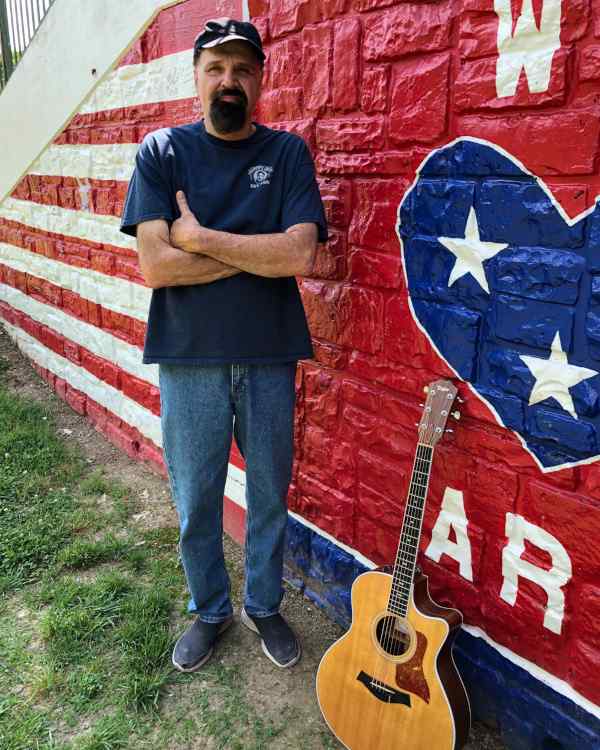 He worked with The Jeremiah Johnson Band for 2 1/2 years until leaving to play in a great vocal cover band that only played colleges in Vermont, Massachusetts, Maine, New Hampshire, Rhode Island and Connecticut. During that time Brad Delp (lead singer of the band Boston) would come sit in with the band on ocassion, especially if they were in the New Hampshire area where he resided at the time. He was a fantastic guy and very down to earth.

When the band broke up Steven decided to get away from those terrible winters in the New England area and move to sunny Miami Fl. While in Miami he worked with bands like The Coasters, Ink Spots, members of Joey D and the Starlighters, 50’s and 60’s Showband The Fabulons, members of KC and the sunshine band and various cover bands.

After 5 years or so Steven had an offer to move to Austin TX to play in a band ready to be signed on a major label. The deal fell through unfortunately and Steven moved back to his Miami home. He stayed there until 2004 and then decided to make a move to Music City USA (Nashville TN). Nashville is now Steven’s permanent home. He has been dedicated to music his entire life and continues to write and record music today!